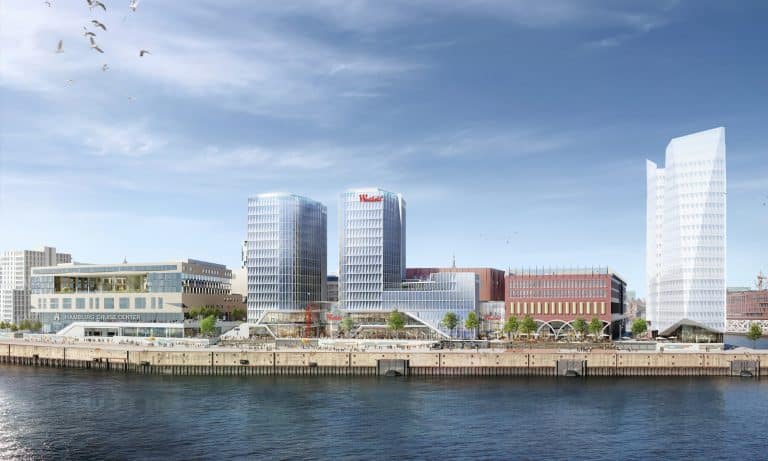 New opportunities for Hamburg – a guest article by Thorsten Kausch

A neighbourhood with great potential for creating identity is emerging in a hugely relevant location right by the water, at the very heart of HafenCity and a stone’s throw from Elbphilharmonie. From the perspective of city marketing, the development of Westfield Hamburg-Überseequartier by Unibail-Rodamco-Westfield presents major opportunities. A concept that develops the power to attract the population of Hamburg as well as doing justice to international target groups is an important success factor.

Überseequartier gives new impetus to how Hamburg is perceived and adds a diverse, uniquely defined space to the major HafenCity project. The fact that this special location is being developed by a company of such international renown as Unibail-Rodamco-Westfield is a sign of the progress made in recent years. It shows that Hamburg is on the agenda as a location worthy of investment for project development companies active on the international stage, and that it will continue to develop positively.

What does the neighbourhood of the future need?

Westfield Hamburg-Überseequartier is a project in and for Hamburg that is simultaneously exciting and challenging. Naturally, expectations and ambitions relating to a neighbourhood in HafenCity, at present probably the largest inner-city urban development project in Europe, are enormously high and complex. The neighbourhood of the future needs to make a contribution to the city and simultaneously think holistically. Many stakeholders have to be reached in order to integrate this area into the city. Public spaces have particular potential if they complement and interact with others – a balance of give and take, a network of old and new inner-city neighbourhoods. That can only work if Hamburg’s DNA is taken into consideration and is accepted. Mercantile city, waterside location, cosmopolitan, tolerant, living with tides and opposites, brick – all these elements are taken up in Westfield Hamburg-Überseequartier and woven into a modern narrative. A place for Hamburg residents and visitors, a place for encounters and experiences, open and delivering major benefits, a place like a library of modern art, such as are valued in many metropolises –¬ this is a building block that finds its justification in Hamburg.

I am looking forward to witnessing the activation and the life of the Überseequartier concept in late 2022 and am curious to see how it will shape the given challenges into an experience.

Thorsten Kausch is a self-employed consultant for city marketing and political-strategic communication. During his integrated degree programme in business administration he was already politically involved and in 2003 ended up in the Hamburg Economics Ministry as personal assistant to the Minister, Gunnar Uldall.

It was through the role of project manager for the events in Hamburg to mark the 2006 FIFA World Cup that in 2006 Thorsten Kausch became CEO of Hamburg Marketing GmbH and also from 2010 to 2013 of Hamburg Tourismus GmbH. Additionally, from 2013 he was CEO of the Hamburg Convention Bureau.
Following his time working for the City of Hamburg, he decided in 2016 to found “Thorsten Kausch – Städte. Marken. Impulse.” Since 2018 he has also founded “Stadtmanufaktur”, which focuses on the staging of spaces, on identity-forming approaches at the interface between tourism, culture and city marketing, and is thus closely involved in urban development processes.