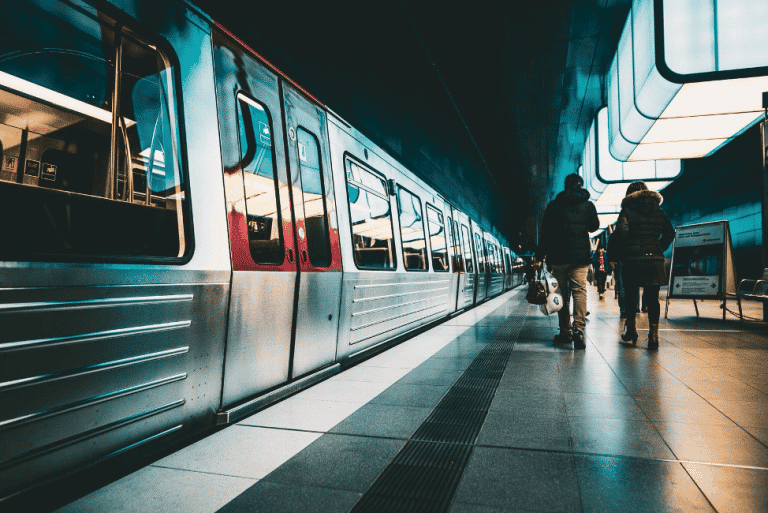 It’s no secret that Germany, home to the world’s largest automobile industry, is a car-centric country. Cars are often seen as symbols of freedom or flexibility, and to most, they’re still considered the most practical way of getting around.

Nevertheless, city planners and mobility experts have begun to reject the old-fashioned idea that automobiles are an ultimate indicator of economic and societal stability. In fact, experts have warned against designing car-based communities ever since their heyday in the 1950’s. In her well-known book from 1961, The Death and Life of Great American Cities, author Jane Jacobs critiqued the short-sightedness of urban planners and argued that their car-based city models were actually detrimental to the way societies are organized, rather than being the pillars of modernism that optimistic city planners had hoped. Jacobs argued that building an infrastructure which serves automobile drivers first and foremost leads to the division of neighborhoods and severs community ties in the process.

Cars can be costly

It finally seems as though the car’s once-untouchable reputation has started to erode in the eyes of the public, too. The cost of owning a personal car is also a deciding factor for many. Having and maintaining a car is expensive – a new one costs on average 41 cents per kilometer, and only 8 cents worth of those costs go to gasoline burned while driving. (1)

The societal costs of personal car ownership are high as well: a 2015 study by the Public Interest Research Group (PIRG) found that from 1947 to 2012, American taxpayers spent $1 trillion more on maintaining road networks than car owners paid in gas taxes, tolls, and other fees combined. In Germany, the cumulative cost of €88 billion surpasses the income generated by taxes and fees, and that still doesn’t include congestion that costs the EU economy €100 billion annually. (2)

Many cities today have recognized the negative effects of having too many cars on the streets and are already working on interesting projects that are actively redefining the role of the car in society. Oslo made the decision to decrease the number of parking spaces in the city center step by step in order to reduce car traffic in the city center. (3) Barcelona is testing out “superblocks”, in which pollution is to be reduced by a quarter. (4)

It’s not just the public sector who is taking steps in the right direction, though. Wunder Mobility has worked with Unibail-Rodamco-Westfield on optimizing their mobility offerings in the past. In one joint venture, Wunder Mobility designing a ridesharing app for employees to reach Ruhr Park in Bochum, one of Germany’s biggest shopping centers. The app offers a cost-effective and more sustainable way for employees who would rather share a ride with friends, than wasting valuable time in search of a parking spot. (5)

Currently, URW is embarking on a particularly ambitious and exciting venture. The Westfield Hamburg-Überseequartier project will see the building of offices, apartments, stores, a movie theater and even a cruise ship terminal. The best part? The whole site was carefully designed with the interests of pedestrians and public transport users in mind. All parking spots and delivery are underground and the quarter will be traffic free! An all-electric e-scooter fleet will be a sustainable and fun way for visitors and residents to get around in HafenCity – the quarter itself will be organized for pedestrians. The project will also include innovative shuttle programs in partnership with Wunder Mobility and other companies, making the area accessible to non-car owners living in the suburbs of Hamburg.

The 14 new buildings being constructed in HafenCity will be located at almost the exact center of Hamburg, right around the corner from Wunder Mobility’s headquarters. The location is easily accessible by bike, foot, train, bus – or, yes, even by car. Car ownership is still a necessity for many commuters and families, which is why the Westfield Hamburg-Überseequartier project will also include parking spots for people driving in from out of town.

This time, however, the new spots won’t be at the forefront of the project. 50 years ago, that would have been an unthinkable way of designing a new urban area. Today, architects, urban planners and mobility companies alike know that the future is shared – and are already doing an impressive job of creating sustainable, innovative spaces that are accessible to everyone, just like the Westfield Hamburg-Überseequartier.

We’re looking forward to our future collaboration & the grand opening of Westfield Hamburg-Überseequartier end of 2022!

New opportunities for Hamburg – a guest article by Thorsten Kausch

Nothing is impossible, in fire protection too – A guest article by Dr. Rainer Jaspers Projektgesellschaft and Corall Ingenieure GmbH