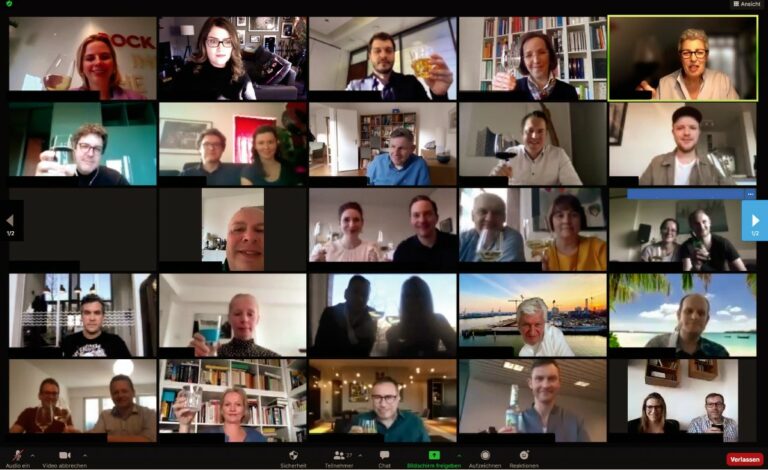 All good things come in threes

Even if we are longing for this extremely successful series to end soon, because we would like to face each other again directly and without a mask for an in-depth conversation over a glass of good wine – meanwhile the third edition of the “Digital Neighbourhood Event” of Westfield Hamburg-Überseequartier on the evening of April 20th was again highly informative and entertaining in its virtual form. Of the 155 interested parties, 32 neighbours of Hamburg’s currently largest construction project were able to take part in the once again convivial information and dialog event as part of a Zoom Video event. The selection was made according to the first-come-first-served principle. 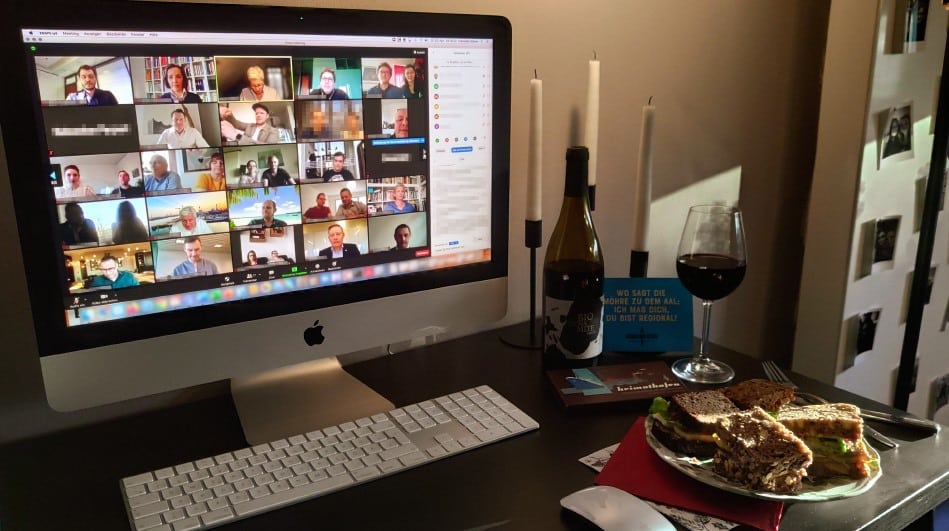 Participants were treated again to a pre-delivered dinner package consisting of beer or wine, delicious sandwiches and chocolate from the nearby Hobenköök market hall. In an open and relaxed atmosphere, the neighbourhood event was introduced with a short presentation on the construction progress and occupancy status as well as the next upcoming steps. Questions about the traffic concept and parking spaces or the energy and heat supply of the quarter were also answered. As experts from Unibail-Rodamco-Westfield (URW), Dirk Hünerbein – Director of Development Germany, Viktor Eskioglou -Senior Construction Manager, Karen Mester-Lichtsinn – Marketing Manager and Thomas Kleist – Senior Construction Manager, took part in the virtual dialog event to provide insights into the construction project and answer questions. 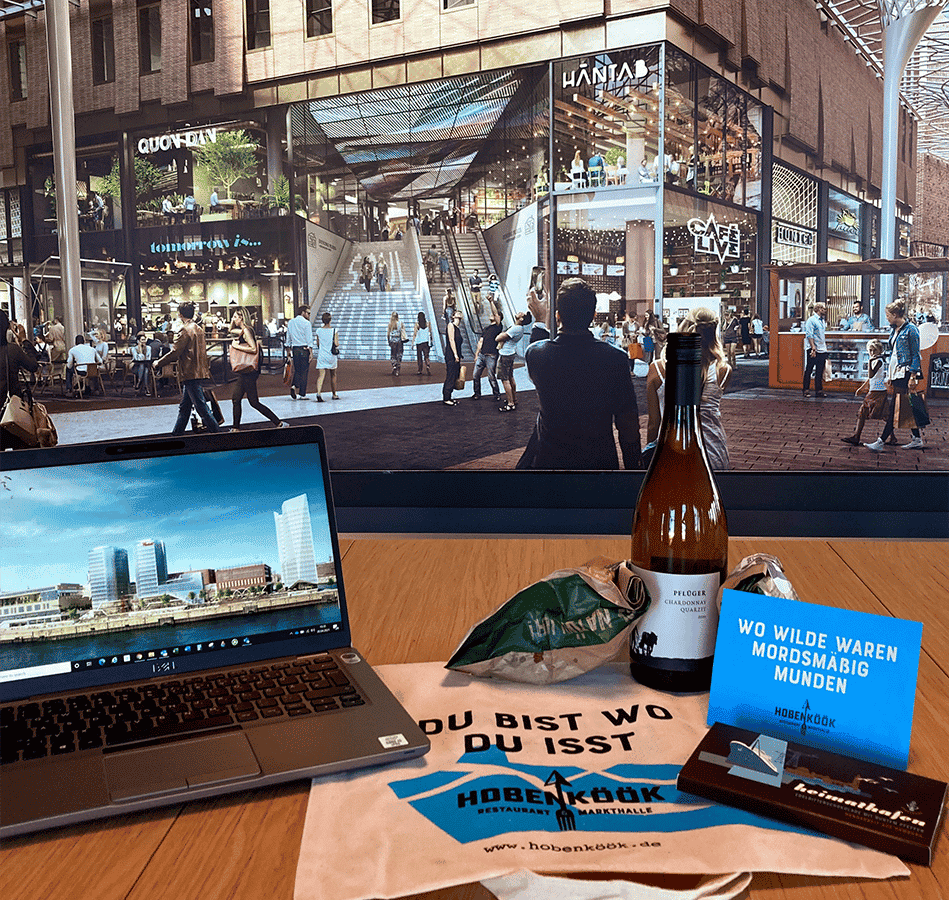 It was then Thomas Kleist who spoke in detail about another important topic: Better Place Hamburg as part of URW’s Better Places 2030 sustainability strategy. With this Corporate Social Responsibility (CSR) strategy, URW has essentially set itself the ambitious goal of reducing the Group’s CO2 emissions by 50 percent by 2030 compared to 2015. This ambitious plan is already evident at Westfield Hamburg-Überseequartier: for example, all buildings will carry the BREEAM Communities & BREEAM New Construction Excellent certificate, and office buildings C & D (D1 & D2) will also receive the DGNB Gold certificate. BREEAM stands for “Building Research Establishment Environmental Assessment Method” and is the oldest and most widely used certification system for sustainable construction that considers the entire life cycle of buildings. The certificate of the German Sustainable Building Council (DGNB) for assessing the sustainability of buildings is also based on a lifecycle-oriented sustainability approach that evaluates the overall performance of a project. In addition to ecological aspects, it also incorporates economic and sociocultural issues – in other words, all three pillars of sustainability. It also takes into account regional characteristics and building materials. The high level of commitment to sustainability is already making itself felt in the construction phase: 20 percent of the excavated earth was transported by ship, saving around 8,000 truckloads. Recycled steel is used as concrete reinforcement, low-carbon cement for the structure, and wood from legally verifiable sources in accordance with the EU Timber Trade Regulation (EUTR) No. 995/2010 for all wood products, to name just a few examples.

“It was very nice to feel a sense of neighbourly togetherness at the third digital edition of this successfully accepted event series, despite the physical distance. It is very important to us to remain in dialog with our neighbours, even if this is happening under difficult conditions and our showroom cannot be used for this purpose. It goes without saying that questions will arise with a project in this order of magnitude, and we are happy to answer them individually,” explains Hünerbein. “Let’s keep our fingers crossed together that there won’t have to be a fourth digital neighbourhood event – not because we don’t feel like it there, but because next time we’d like to face each other again in a normal setting and exchange ideas.” The next neighbourhood event is already being planned and the neighbours will be informed as soon as possible regarding the date.

Interview with Dirk Hünerbein: “We are creating a vibrant piece of the city here”.